All Hail The Handicapper – Round 10 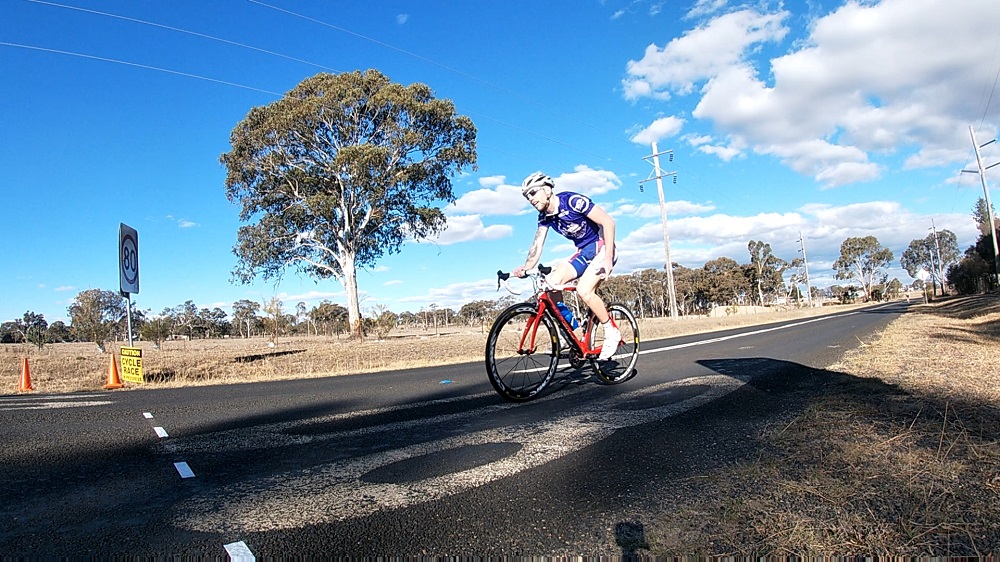 A gloriously cool but sunny day greeted the RROTY racers on the last day of winter for round 10, and perhaps inspired by the perfect conditions handicapper Houlty was in sensational form, as we’ll see later in the report.

In a sensational pre-race incident that we will undoubtedly hear more about, Ice-Cold Billy Mara coolly took out Kirky in the warmup, who was left nursing his wounds back at home without being able to take to the start. Post race reports indicate a fractured wrist, and no doubt the commissionaires will be looking at potential sanctions if any evidence of fault can be found!

Also flexing their racing muscles was Richard Wilko who currently sits at the top of the RROTY standings, and visiting St George rider Brodie Talbot who has raced on the UCI Asia Tour. Houlty and Jason Simmonds drew the short straw to ride with Brodie in Scratch, so it was left to the remaining riders to see if they could hold off the Scratch Express!

Go had quintet of riders, with a welcome return to racing for Andrew Swan, along with in-form Jacqui King, Peter Wilko, Jane Simmonds and Dave Jenner. Next off was a solid group of 5 riders, including newly returned club member Brent Weston, Chris Belson, Wilf Keller, Emily Meehan and rising RROTY contender Mark Hayden. With the next group off at 7mins, they would have their work cutout to holdoff those behind.

The 7min quartet had Olive Tutt just back from her fantastic results the previous weekend in Tamworth where she took out 1st place in both the women’s U17 criterium and hill race – well done Olive. Joining her was Carl Hooten, Bryn Griffiths, and shaken-but-not-stirred by his pre-race shenanigans Billy Mara. Hot on their heels at 8mins was a grizzled group of 6 riders, including Richard Wilko, and with the RROTY leader in their midst it would be interesting to see how the race tactics would play out on the road.

It was then down to a Block trio of John Scott-Hamilton, Pat Ferris, and Andy Robb setting off at 12mins to see if they could have any impact on the race, while at the same time trying to hold off the flying Scratch trio who were last off the line at 13.30mins. 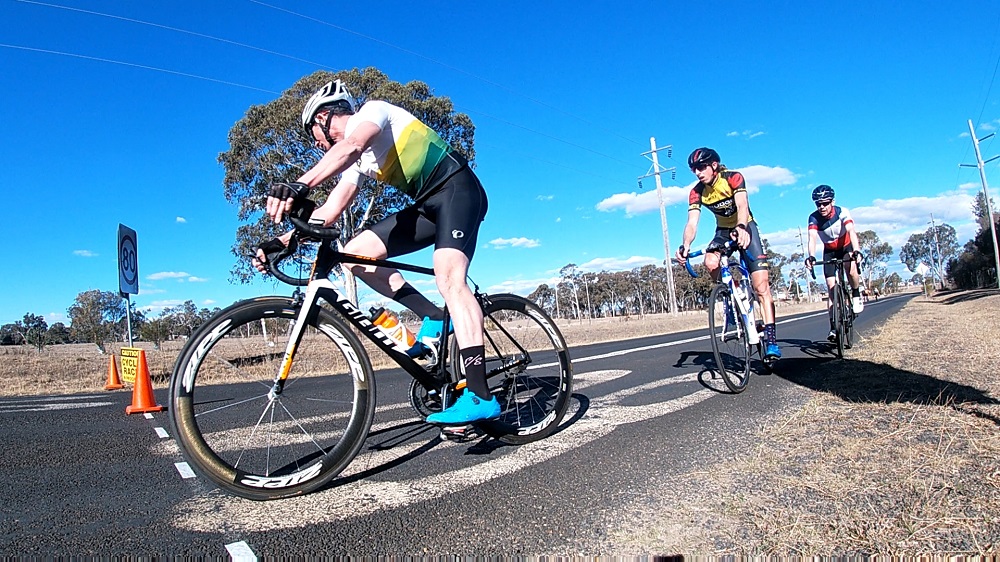 The lumpy Long Swamp course challenges riders to work together, and with out-and-back cross winds, team work was definitely the order of the day. As riders hit the turn at the end of lap 1, GO were working well, although they had dropped Jane Simmonds, and mysteriously Dave Jenner was nowhere to be seen! They held a 2:20 lead over Chris Belson and Brent who were working well as a duo, who in turn held 2:20 over the 7 & 8 min groups who had combined and would now need to put their numbers to work if they were going to make their presence felt. Another 2 mins back were the Block trio, who had the Scratch trio a handful of seconds behind after they completed the first lap at an average speed in excess of 41kmh!

As always on the Long Swamp course, Imbota would have an impact on the race, and as the groups made the turn for home and hit the climb for the final time the race blew apart. The GO trio were still out front, but Brent was closing fast, and behind him the 7-8min peleton were struggling to find a consistent pace as riders surged on the slopes before the cross-winds inevitably brought them back. Block & Scratch had combined and were setting a furious pace, and Brodie showed his class to surge away from this group on Imbota…but Houlty & Jason were not done yet, and some huge pulls saw the race come together as riders closed in on the finish and the final test of Dump Hill!

As the GO trio hit the finish climb, Jacqui made her bid for glory, with Brent right behind her. Closing fast the recombined Block/Scratch group had caught the 7/8min group and this huge peleton hit the slopes of Dump Hill with the front-runners in sight and the scent of RROTY points in the air. As riders launched their assaults, Brodie surged clear of the peleton in chase of the leaders, with Houlty and Jason giving chase, and behind them riders were strung out along the road as tired legs finally kicked in. 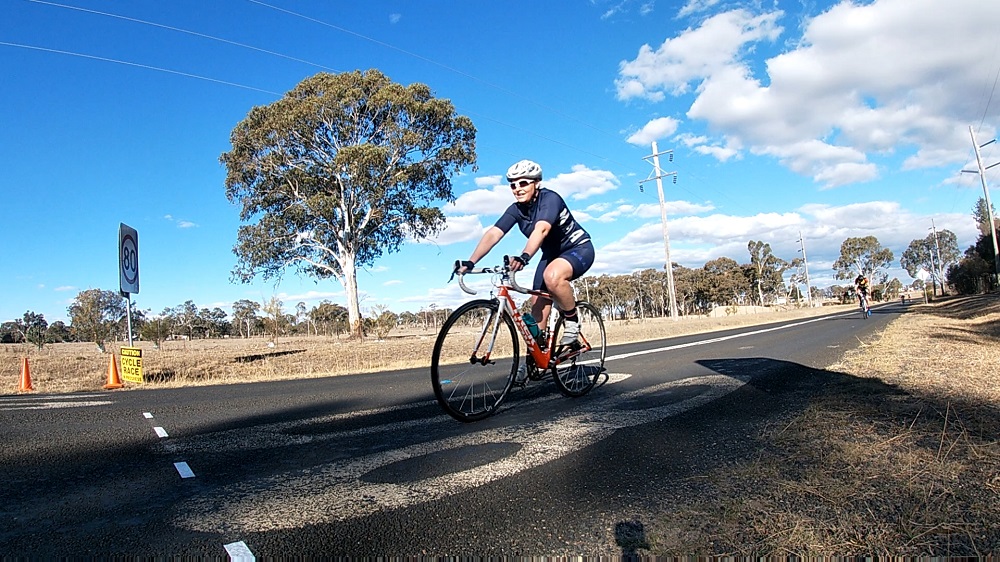 As the first riders emerged over the top of Dump Hill, it was Brent who had taken the lead, and a final sprint saw him take out a clear win – well done Brent! A few seconds behind was Jacqui, but she had Brodie closing fast, and with those gathered at the finish shouting out encouragement Jacqui dug deep to hold on and take out second place by just 1 second from Brodie – congratulations Jacqui, and also great effort from Brodie! Rounding out the top 5 Houlty & Jason hit the finish a few seconds behind Brodie, with the remaining riders coming in with tired legs and appreciation of a great days racing.

At this point we have to return to the handicapper, as this result meant that at the end of an hour of racing, a mere 1 second separated the lead GO rider from the lead Scratch rider. Awesome job Houlty – keep up the great work!!

Thanks to Olive for doing the signs, and Col for running the race, and well done to all riders for safe & competitive racing. See you next week!