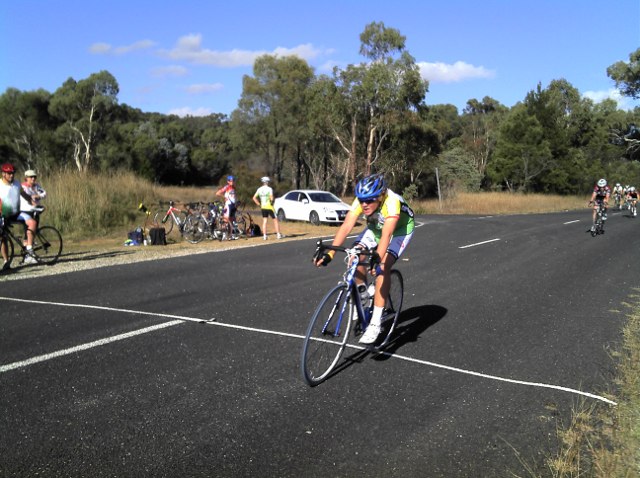 Not the photo I was trying to get

That is, of course, Sam Jenner.  Sam said on the start line he wanted to start with the C graders but I’m sure glad he wasn’t allowed to, given that he dropped all his B grade compadres and hung on with A.  So what?  So…Mick Hoult was pulling two turns to everybody elses one, Chris “boy” Jones and the Cannibal took turns at whizzing around the track trying to ride the rest of them off their wheels, all to no avail.  All this on a track that looks to be about half way through being resurfaced, a veritable “Strada Bianca” or in the local lingo, a goat track.

The race did generate one of those great “WHAT THE??” moments though, as A rounded up C for the third (or fourth) time, I had lost track by this stage and long given up: 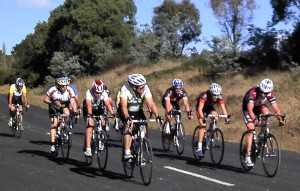 The decimated field was reduced to small groups of stragglers: 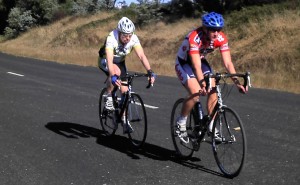 Like staring back in time, Peter Creagan appears to have cloned himself

Of course, John might be too fast for the camera, but he shows up when you’re trying to get a shot of somebody else: 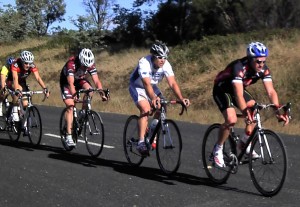 Col MacIver was on hand to run the race, with some handy but ill thought out printed signs indicating the number of laps left.  He resorted to some kind of rude Scottish gesture instead: 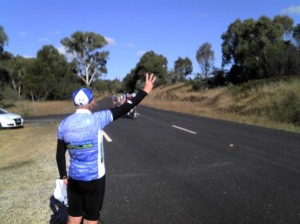 I don't know what it means, and I don't want to know