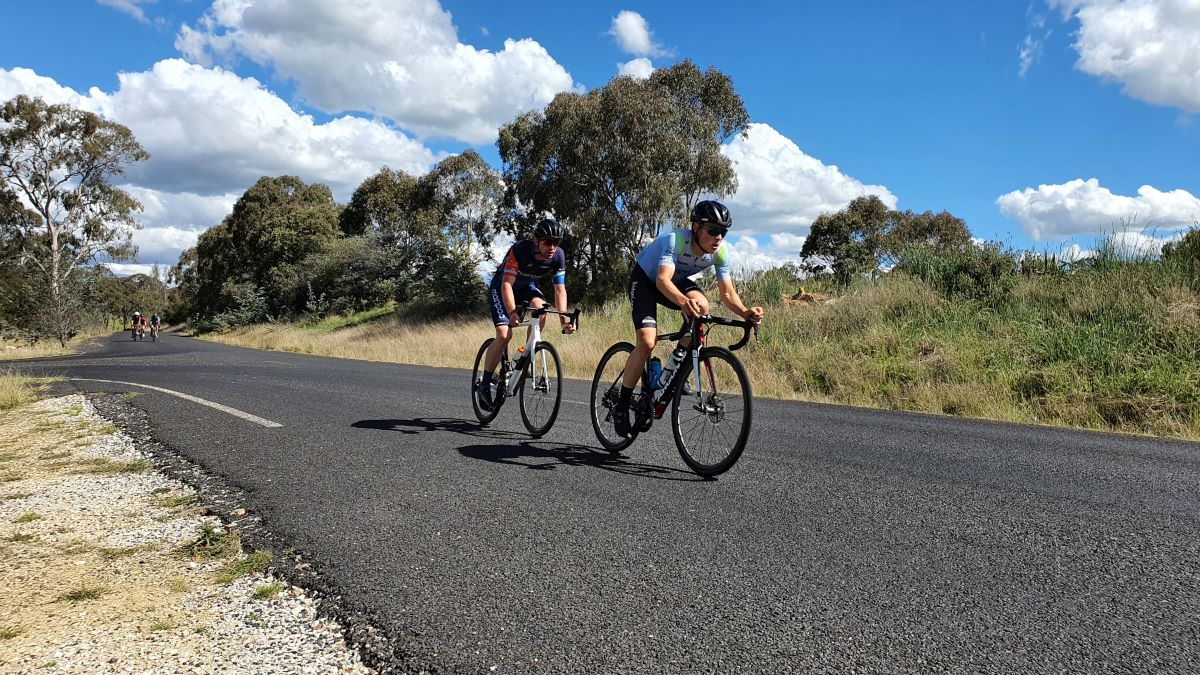 As the truncated 2020 road season draws to a close, the club scheduled a one-off mini-tour format raced over a single afternoon to crown the inaugural Club Covid Champions. The format was as follows:

Points accrue for each event, with the overall Covid Champions (male & female) being the riders with the most points.

We had perfect racing weather, and a fantastic turnout of 28 riders competing. The TT kicked off proceedings, and after last weeks blitzkrieg by Sam Jenner, there was little doubt who would be banking maximum point from the opening stanza. And indeed it was a comfortable first place for Sam, but hot on his heels was Missile Mick Harris, with Houlty. Olly Marshall, and Hugh McKellar also well placed. Meanwhile Holly took a 6 point lead over Katherine Hosking into the next round.

The 20km road race was a mass start, but a searing pace from the gun meant riders soon settled into smaller groups. A standout effort at the front of the race was Shaun Brennan trading blows with Mick & Sam as they pulled away from the remaining front runners, and Shaun would be in the mix until the last climb before the run for home…chapeau! But at the business end its came down to a sprint finish, and this time it was Mick who had the edge to take the win ahead of Sam and so draw level on point going into the next round. The best of the rest saw John Scott-Hamilton take the sprint for 3rd ahead of Matt Bedford to rocket into contention for the final podium spot, while Holly extended here lead with another strong effort.

Last up was the crit, and with the top 2 riders setting a blazing pace off the front to contest the overall title, the remaining riders rode a more amenable tempo that most of those riding were able to maintain, while a growing band of riders retired to the lure of cold beers that Wilf had procured at the finish line. In a grandstand finish, Mick & Sam battled it out over the 3 bell laps, but despite the tussle it came down to finishing sprint, and it was Mick who just edged ahead to take the win and with it the title of Club Covid Champion – congrats Mick, and great effort Sam!

Meanwhile, in the battle for the last overall podium spot, Olly Marshall took 3rd place in the crit sprint, but Johnny was right behind in 6th place, and that was enough to seal 3rd place overall just 2 points ahead of Olly in 4th. Holly came in mid pack to seal the womens title – well done Holly, and kudos to Katherine for competing strongly over the 3 events.

As riders cooled off with a well earned drink, the results were tallied and everyone was able to reflect on a tough but fun racing format. Well done to all those who participated in the days racing, and huge thank to Wilf, Col, and President Bullo for organising and running the multiple events over the course of the afternoon.

Next week we wrap up the 2020 road racing season with the last round on RROTY over 40k on Dangarsleigh.