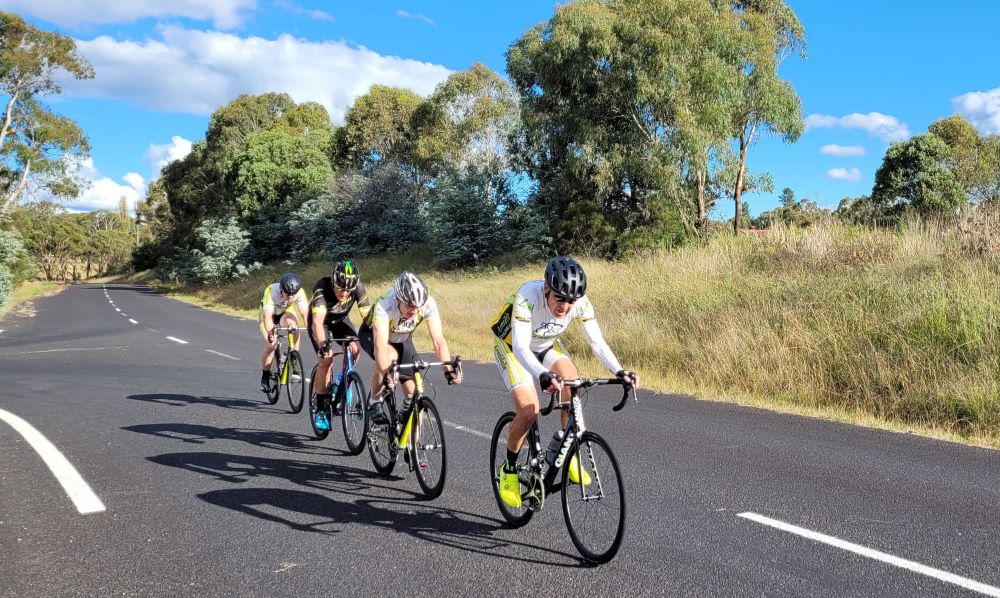 With an unplanned final to the Criterium race season due to late arrival of police approval for road races, we saw 18 riders turn up for a last crack at one of Col’s handicap events. The small groups to contend the 40 minutes-plus-three race were:

Scratchies: Olly, Houlty, Matt and Brent giving 4 laps to backmarker Laura V (only her second race with the club).

Half a lap advantage was given to Holly, John Scott-Hamilton, David Cook and Pat Ferris. Starting with this group, the 3 ½ lap consisted of Christian and Pete Creagan while Dene, Rod, Richard Wiko and Billy were given 2 ½ laps.

The final group on 2 laps and starting with scratchies copmprised Swanny, Nathan and Clint.

If this seems incomprehensible to you, it also did to most riders and it took about ten minutes before the race settled into some clarity – Col doing a fantastic job to keep track of what was happening.

Laura V, Christian and PC maintained their advantage for a considerable time, while it became obvious that the trio of Swanny, Clint and Nathan (soon joined by Wilko to make a lethal quartet) would prevail…… 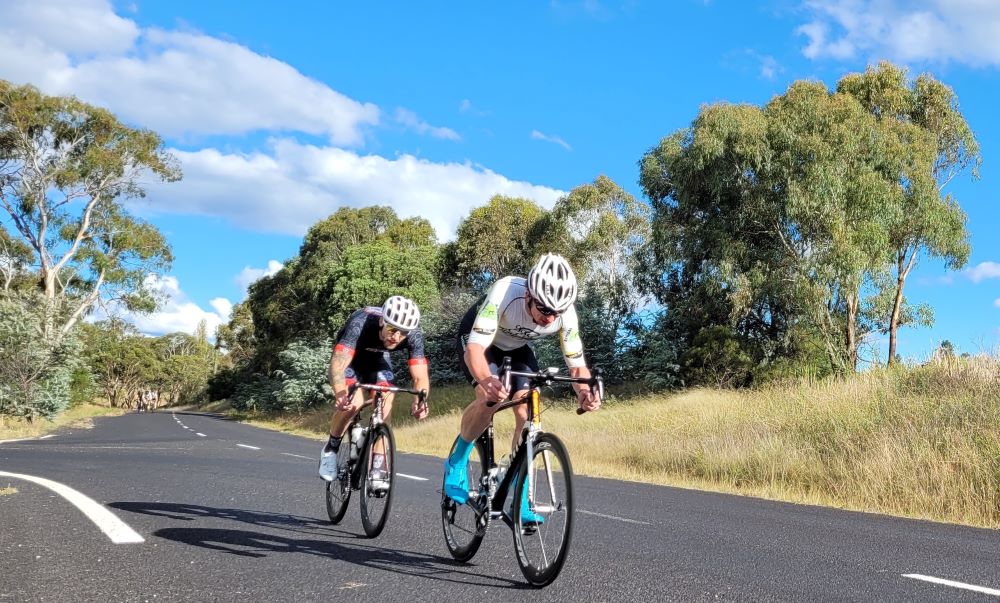 However, Brent realised that to make up the laps, a big and sustained attack early in the race was needed and luckily he was joined by Houlty and the two made their attack stick – something that hadn’t happened in previous weeks. 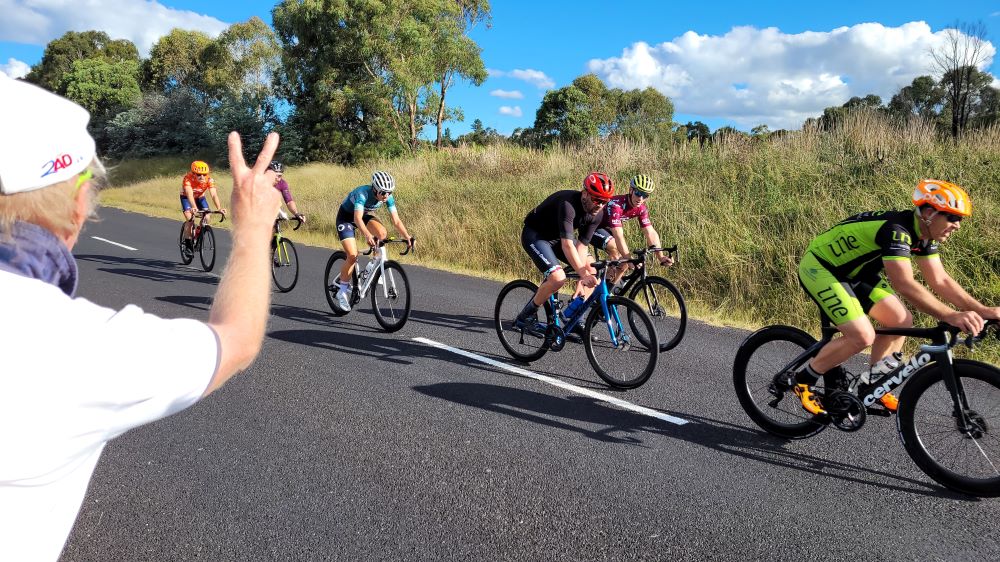 As they kept gaining time lap after lap, Nathan lucked into a great position tailing onto the remnants of the two “fast” groups – and Olly, Johnny, Holly and Pat gave him an armchair ride to maintain his advantage on the two remaining scratchies, with the final places being Nathan as unchallenged winner, followed by Brent & Houlty, ahead of Johnny (showing a return to top sprint form), Pat, Holly, Swanny, Wilko and Clint.

We will return to crit racing with a few inter-club events scheduled, but next week sees a welcome return to the road with an Easter special on Long Swamp.