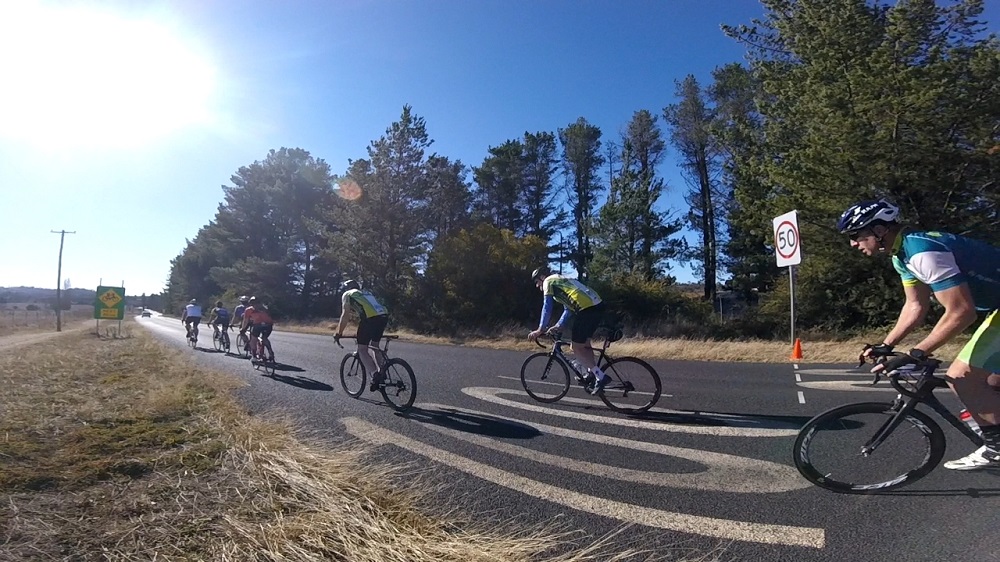 In stark contrast to last weekends weather which saw RROTY round 9 postponed and had ice-cold Billy Mara chasing blown away signage across the New England tablelands, this weekend showcased some glorious sunny weather, albeit with a stiff south westerly crosswind.

With riders champing at the bit after missing out last weekend, there was a solid turnout of 23 riders to take on the hilly Boorolong course. They included a welcome return to racing for Dave Munday, and a warm welcome to new club member Brent Weston.

With the pleasantries over and the handicaps finalised, it was GO riders Jacqui King and Captain Creagen who got proceedings underway. Following at 6 mins was the trio of Brent Weston, Hugh McKellar, and Mark Hayden…who must have finally bought Houlty a beer to rectify the punishing handicap he received last time around! 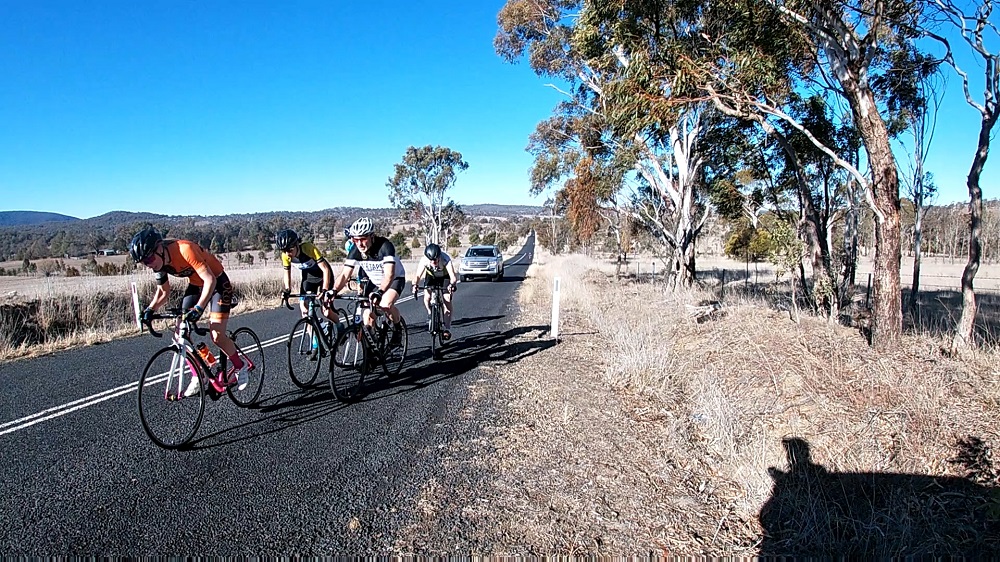 At 8min30 there was a large group of 7 riders, including a number of riders on strong form, notably Olive Tutt racing on the back of her hugely successful efforts at the the recent NSW State Junior Championships, and Phil “KegLegs” Thomas honing his form ahead of his upcoming State Masters TT race. There was then another solid block of 6 riders 2 mins back at 10min30, which included Billy Mara who picked up a demotion after last weekends signage fail. This left the block trio of Holly Harris, Dave Munday, and Johnny “Eagle” Scott-Hamilton at 13min30, and the scratch duo of Oliver Marshall and Mick Hoult with it all to do. 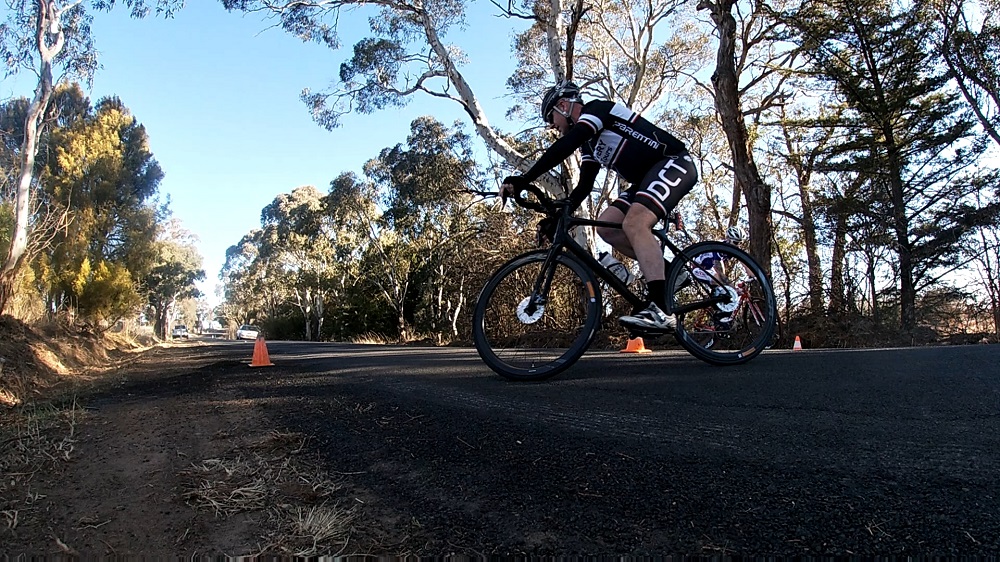 As riders hit the halfway mark, the race was taking shape. The GO riders were first turn, but their lead had been trimmed to just over a minute, with the burley duo of Haydo & Brent in hot pursuit making the most of their starting position. 2 minutes further back the 8min group were struggling to make an impression on those ahead, while in turn the Block trio were ripping through the field, and Scratch was down to a lone rider as Ollie set off in pursuit of the front of the race.

The fast conditions and downhill parcours of the return leg meant that it would be hard for any group to make significant inroads on those ahead, and as the rouleurs came to the fore it was just a question of whether Haydo & Brent could hold off KegLeg’s group who in turn were fighting to hold off the Eagle’s group charging down the mountain.

As the riders emerged onto the long drag up to the Boorolong Road finish, the race was still up for grabs, as some tremendous handicapping meant all the lead groups were in sight of each other. But digging deepest at the front of the race was Haydo, and spurred on by memories of his previous last place finish he found the extra mojo to hold off the chasing packs…and pulling clear of Brent over the final meters Haydo savoured in the redemption of a hard earnt victory. Just behind was Brent, who deserves huge kudos for taking out 2nd place on his first race with the club – the handicapper will have taken note!

Right behind there was a flurry of riders hitting the finish line, with Keglegs showing a clean pair of heels to take out 3rd place on the podium, just ahead of Olive who carried her State Champs form into the local racing. Such was the closeness of the race and the quality of the handicaps that racers finishing 3-11 all finished within half a minute of each other, including Ollie who took out the fastest time of the day aswell as 10th place for the last bonus RROTY points…a great days racing all round!!

Well done to all riders for their efforts on the day, thanks to Tinny for the signs, and Col for some great work with the new club GoPro, manning the turn and organising the timings.

Next week its time to add some aero bars to your race rig as we return to the race of truth for a 20km Time Trial on Dangarsleigh.