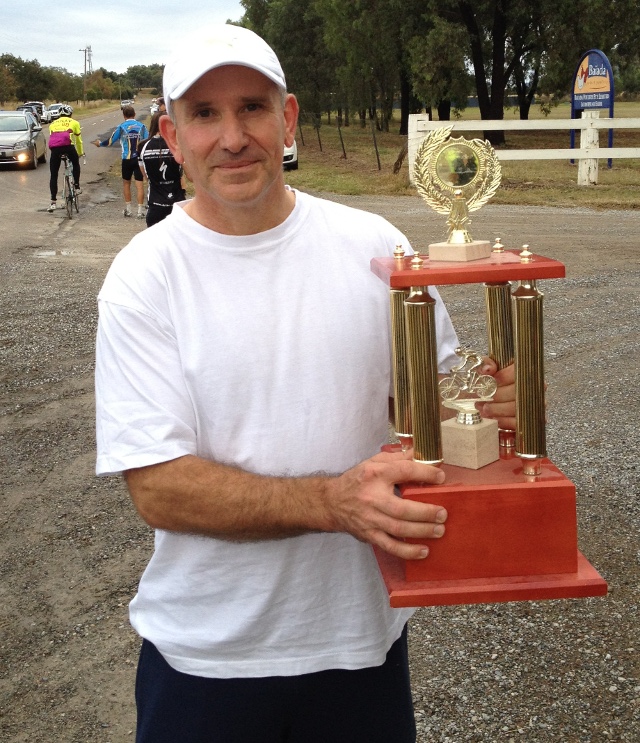 Phil “keglegs” Thomas has won the annual John Dewhurst 60km handicap in Tamworth on the weekend, leading a dominant contingent of Armidale riders in a clean sweep of the race.

Sophie Wallace and Peter “Captain” Creagan in second and third respectively completed an all-Armidale podium.  Fourth placed Holly Harris, also of Armidale, completed a complete shut-out of any Tamworth presence.  Harrison “H” Munday snatched fastest time of the day with a crafty attack near the end of the race.

The course this year was described by competitors as “tough” with two laps along Loomberah Road and out to the top of the “Mineshaft” hill.

Notably absent riders who usually feature at the sharp end of Armidale racing, Rob Tindale and Andrew Kirk, failed to show. Despite their absence, Armidale dictated the tactics during the race, with the second group overtaking Go at the front and holding the lead ahead of a fast finishing scratch group.

Harrison Munday ended up with fastest time of the day, putting 50 metres into a 10 strong scratch group on a sharp rise near the finish line but it wasn’t good enough to catch the winners.

In local racing news, nothing happened.  Nobody liked the rain.