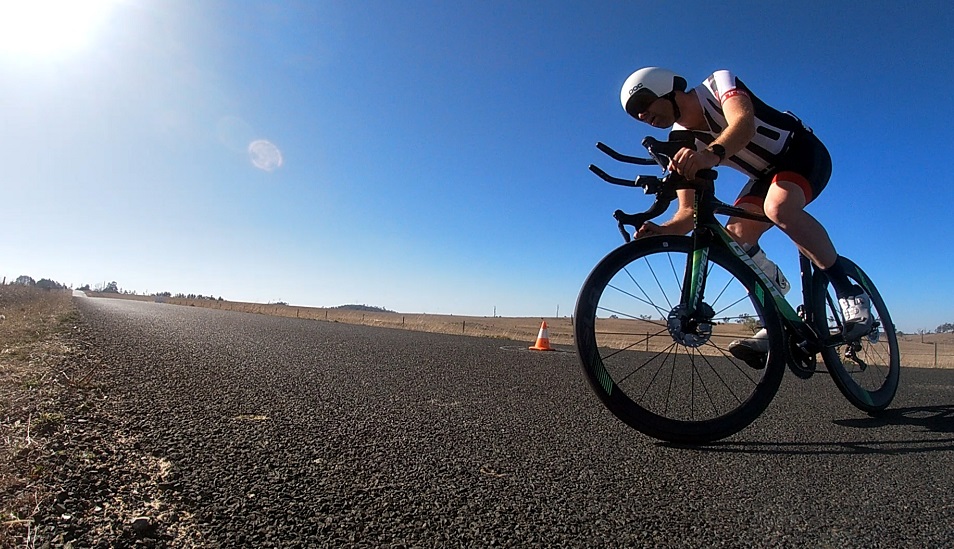 With a number of riders away racing at other events across the region and overseas, a reduced bunch of 13 riders turned up in windy conditions to take on the race of truth.

In particular there was a frisson of serious competition in the air as a number of riders were tuning their TT race form ahead of the NSW State Masters Time Trial Championships in 2 weeks time. A notable non-starter from this group was Phil Thomas, who had opted instead to race Nemingah-Nundle the following day. Col was none too impressed with Phil’s choice of events, and after receiving a severe reprimand, Phil was relegated to start line duty where he redeemed himself doing an excellent job holding the riders at the start ramp.

Jo Wauch was the first rider off the mark, but she has barely got the pedals turning before an equipment malfunction saw her helmet visor hit the deck, and the time taken to stop and pick this up put Jo out of the race before it had even begun.

As the remaining rolled off the start line, they were met by a solid cross-tailwind for the outward leg, which would result in some fast times being recorded as they hit then turn. But this also meant riders had to manage their efforts or risk burning out riding into the cross-headwind on the return leg. As the dust settled at the turn, Houlty emerged as the fastest outbound rider setting a blistering time in spite of a malfunctioning Garmin, with Johnny “Eagle” Scott-Hamilton hot on his heels just 8 seconds back. There was also a real tussle for the fastest conventional road bike placing, with Dave Munday holding a lead of 17 seconds over Pat Ferris as they hit the run for home. 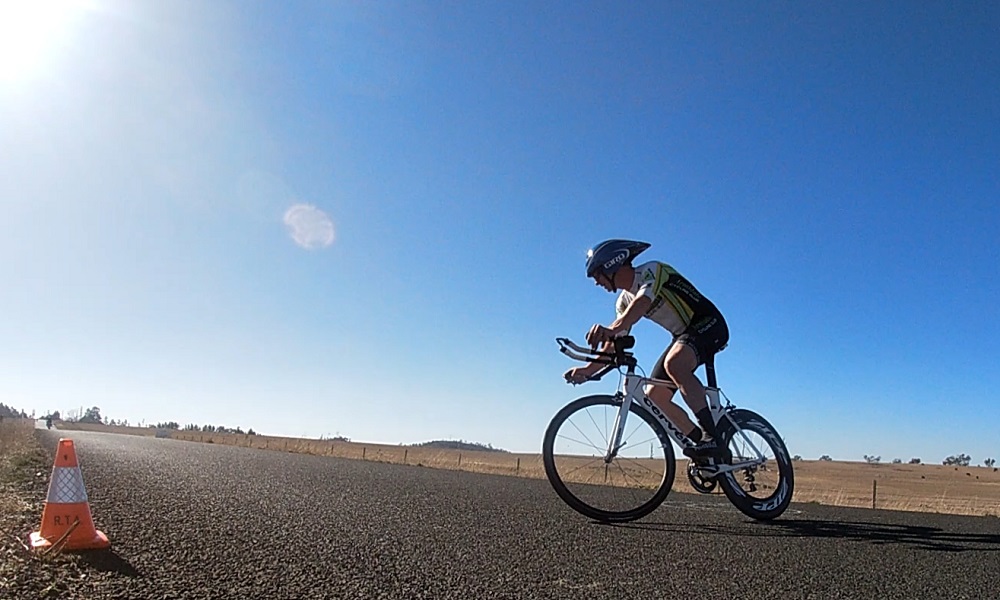 With legs burning as riders battled the windy conditions, it was just a question of whether the front-runners would pay the price for their exertions on the way out. The first of these to hit the finish line was Houlty, who recorded a red-hot time of 29:57. As a nervous wait ensued, all eyes were on the Eagle as he emerged over the Kingdom Hall rise, and as the clock ticked away he stormed down the finish straight to knock Mick out of the hot seat and take out the win by a mere 3 seconds – well done Johnny! Dave Munday paced his ride perfectly to hold of Pat Ferris on the return leg to record the fastest time on a conventional bike at 32:09 – great effort Dave! Other notable times were recorded by Andrew May, who riding with his new clip-on aero bars recorded a PB by a clear minute; Richard Wilko and Dene Bourke also recorded improved times from their last hit-out in-spite of the unfavourable conditions. 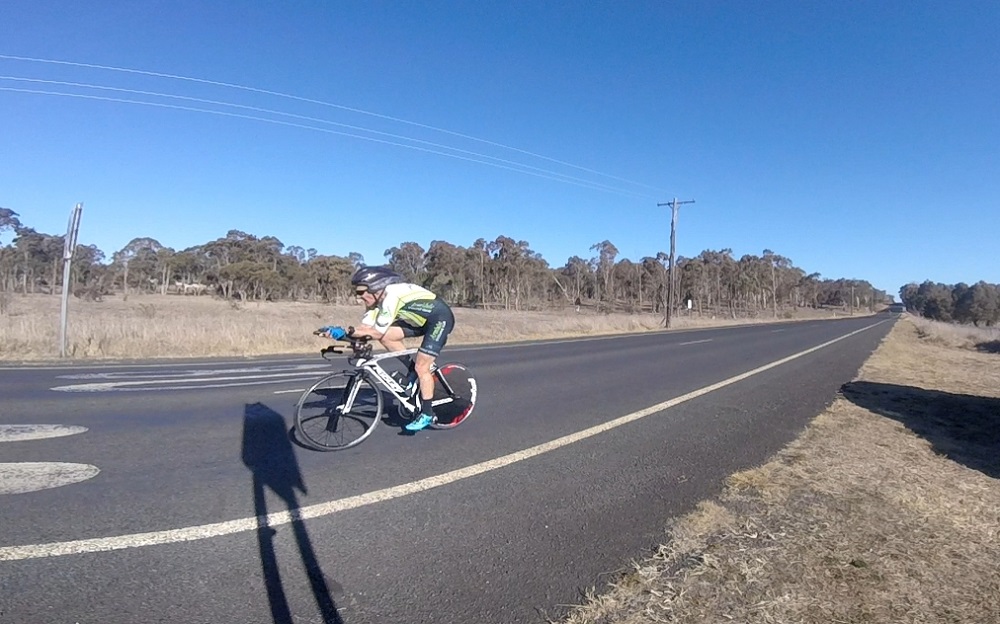 Well done to all riders for their efforts; thanks to Swanny for doing the signs, Wilf for the timings, and Col for manning the turn. Next week we return to Road Racer of the Year for Round 10 on Long Swamp.