Armidale Cycling Club has contested the first “Swampy” of the year, a series of scratch races held on the challenging climbs of Long Swamp Road east of the city.

The Swampy is a graded scratch series, with three grades fighting it out on the slopes of Long Swamp with silverware at stake.  Cycling in Armidale has proved challenging over the last six weeks with wet weather and big races in neighbouring towns keeping local numbers down.  However, the sunny weather of Saturday proved irresistible to thirty riders spread evenly over A, B and C grades.

“Iron” Mick Hoult proved unbeatable in A grade after a few disappointing weeks racing in Grafton and Inverell.  The A grade bunch stayed as a tight unit despite a mid-race attack from Hoult, although his second attack proved decisive as he pounded 3 seconds into John Scott-Hamilton and 15 seconds into a fast finishing Brent Weston.  Dave and Roger Munday finished well but not well enough, with Col MacIver, Andrew Kirk and Andrew Swan all falling prey to Iron Micks’ legs.

B grade was dominated by Harrison Munday from Pete “Captain” Creagan and Bob Weston.  Dave “Fingers” Rugendyke won the C grade trophy with an impressive ride against a large field, with Britt Sisson and Dave Boundy unable to keep the relative newcomer in check.  His prospects for B grade promotion are now assured.

The Swampy will be contested again on Saturday the 9th of July, with riders keen to add some more trophies to their cabinets.  Yes, that means you keep the trophy and my new best friend down at New England Trophies will get to write “Swampy” on stuff.  When you ask a guy with an engraver and a trophy to write “Swampy”, he does ask you a couple of times whether you are serious.  Well, of course not!  Which makes him laugh. 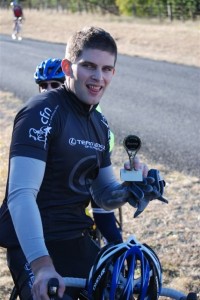 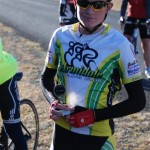 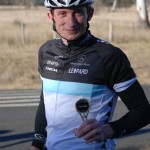 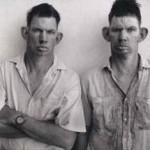 Guide to nicknames (or, why explaining a joke makes it terminally unfunny)

Dave “Fingers” Rugendyke seemed somewhat perplexed by his nickname, something which saddens me as an indictment of modern Australia.  How do you get to adulthood in modern Australia with the word “dyke” in your surname without somebody calling you “Fingers”?

“Iron” Mick Hoult is of course a homage to this guy, minus the ear biting.

“Ice Cold” Billy Mara is self explanatory.  Nobody is cooler than Billy, the coolest man in Armidale.

“Mother” Jones is a random reference to this person, for no reason whatsoever other than the surname and maybe because it sounds a little offensive because dammit he’s been faster than me this year.

The Cannibal, of course, could mean Eddy Merckx but sorry John, it’s not.  It’s actually a secondary reference to John’s favourite movie villain from here.