With a big chunk of A grade missing at the Grafton to Inverell, a fun points race was run at the driver training centre. Fun to watch anyway.

The challenge being the race organiser was on toddler watch.  Now, I love watching cycling as much as anybody but toddlers, not so much.  A surprisingly large turnout (thanks to the lovely weather, finally) looked rather dismayed to hear they’d be racing as a big, non graded bunch and sprinting every lap for points.  What initially sounded like a half-baked idea cooked up in desperation turned out to be a fascinating display of tactics from the cagier riders in the bunch, along with a brutal display of raw speed by Brent Weston, who is as relentlessly tireless as he is reticent.

Dave Boundy was less reticent in his dismay at the idea, understandably when the bunch still fielded strong riders like Lachie “Laconic” McPhie and Ice Cold Billy Mara, Peter Creagan and Chris Jones.  However, no less than nine riders featured in the points on the day, showing that the format still provides the odd opportunity for the clever, the desperate and the underrated.  Three points were awarded for first, two for second and one for third after Billy Mara requested it on lap two.

By announcing Creagan as second instead of third, it appears that Sarah Murdoch disease is contagious, although I will never tell how I caught it, it’ll be Sarah’s and my secret.

I was rather dismayed though, that despite several fiery sprints for minor places between McPhie and Mara, the glorious site of Creagan in full flight, the bullet like ground speed of Weston and the mobile commentary from Mara, nobody managed to distract the toddler from putting rocks into the back of her plastic tractor and asking for more chips.  Freya Weston kindly aided the race marshall in making no mistakes the whole afternoon.  It was a wild 20 minutes from a spectator point of view, and the marshall looks forward to pulling another stunt like that simply for his own amusement.  Mick Sozou jacket watch:  no jacket.  Yeah, I was disappointed too.

The juniors continue to tear up the track in fine style: 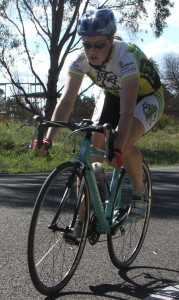 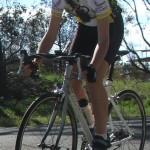 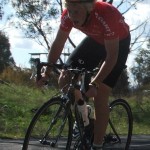 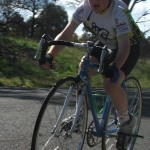 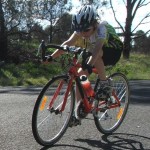 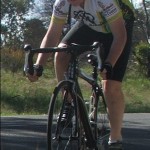 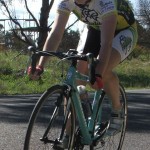 (click pictures for a bigger one and to see I don’t know everybodies names!  Must try harder.  I also threw away a few blurry shots but I’ll get you next time)