Much a Do-Do about nothing 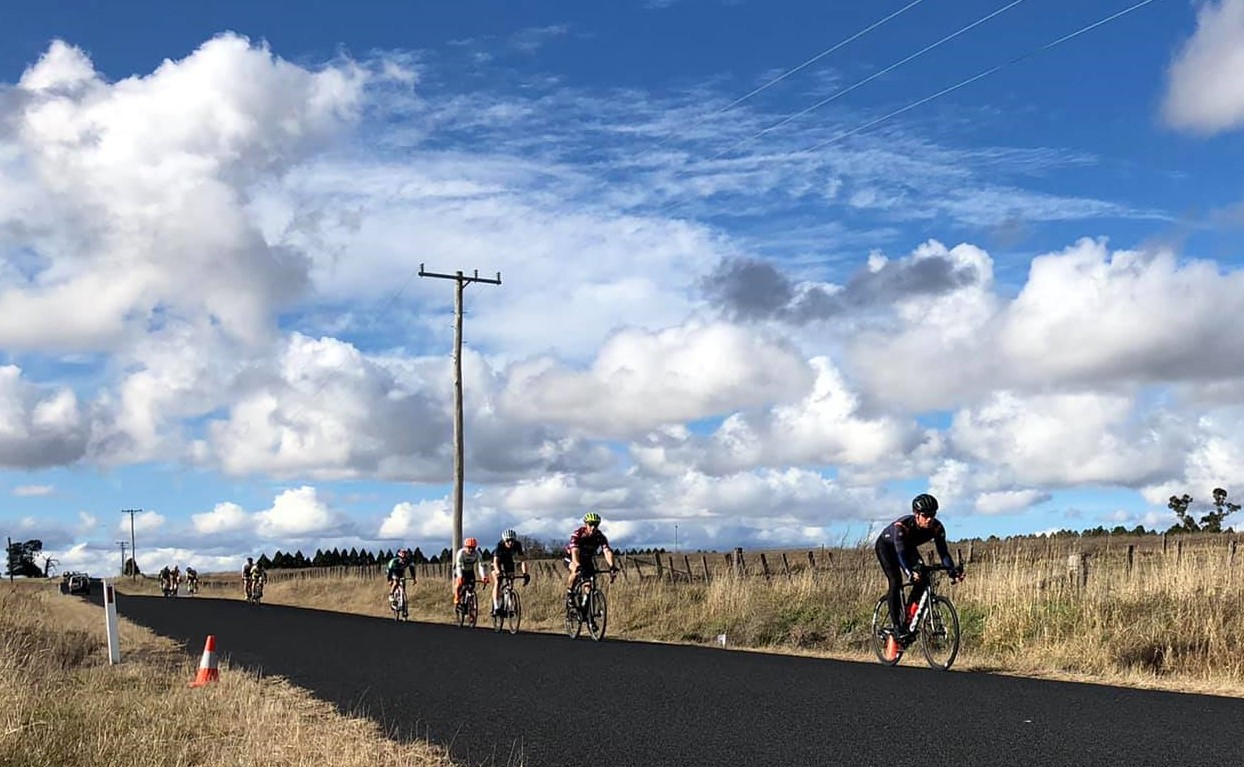 A breezy and showery New England winters days cast a shadow over the days planned racing. But with a brief break in the weather seniors racing was give the all clear and Road Rider of the Year (RROTY) Round 2 comprising 30km of fast racing on Dangarsleigh was on!

With handicaps based on the 25 online pre-registrations, the groups were quickly set; we welcomed back a number of riders for the first time since lockdown including Olive Tutt, Jock McCorist, Rod Christie, and Pete, Holly & Mick Harris. With recent race form in short supply as riders emerge from their lockdown pain caves, it was anyone’s guess which groups would work well together!

With the racers lined up and ready,the GO riders were junior Bernie May and Wilf Keiler, who got things underway. Next off was the 3 minute trio of Captain Pete Creagan, Jo Wauch, and Jacqui King, with a healthy gap to the 7 minute trio of Rod, Pete Wilko, and Hayden Freeman. At 9 minutes we had a mix of old heads and young legs, with Rob Tindale, Keglegs Thomas, and Dene Bouke charged with marshalling young guns Toby Inglis, Olive Tutt and in-form rookie Matt Bedford.

As the 10:30min group of Andrew May, Gareth Kelly, Clint Bourke, and Andrew Kirk lined up, this author managed to acquire some doggy do-do on one of his shoes, and in the time spent trying to remove the offending excrement, missed the start of his 12 minute group and was left in no-mans land. This meant penance was served rolling turns with the Block quartet of Jason Simmonds, Mick Hoult, Paul “Hammy” Williams, and Shaun “Pelvis” Brennan…a tough form of natural justice! Last off was the strong scratch duo of Mick Harris and Dave Munday 1 minute further back at 14mins.

As riders hit the turn-around at 15km, Captain Creagan was first to turn, with Jo & Jacqui just behind, and all 3 riders still holding a healthy 3 minute gap to the combined 7 & 9 minute groups. Meanwhile just under a minute further back 3 groups came together at the turn, as the 9min, 10:30min, and Block groups came together for the fast run home. The scratch duo were just 20 seconds further back; but with TT specialists Jock McCorist, IronMan Houlty, and John “Eagle” Scott-Hamilton pouring on the power in the enlarged Block express train they would have to dig deep to make the catch. Turning after the main bunches, Olive, Spartacus, and Gareth Kelly were feeling the pace, and would have a long road home…kudos to all for keeping going! 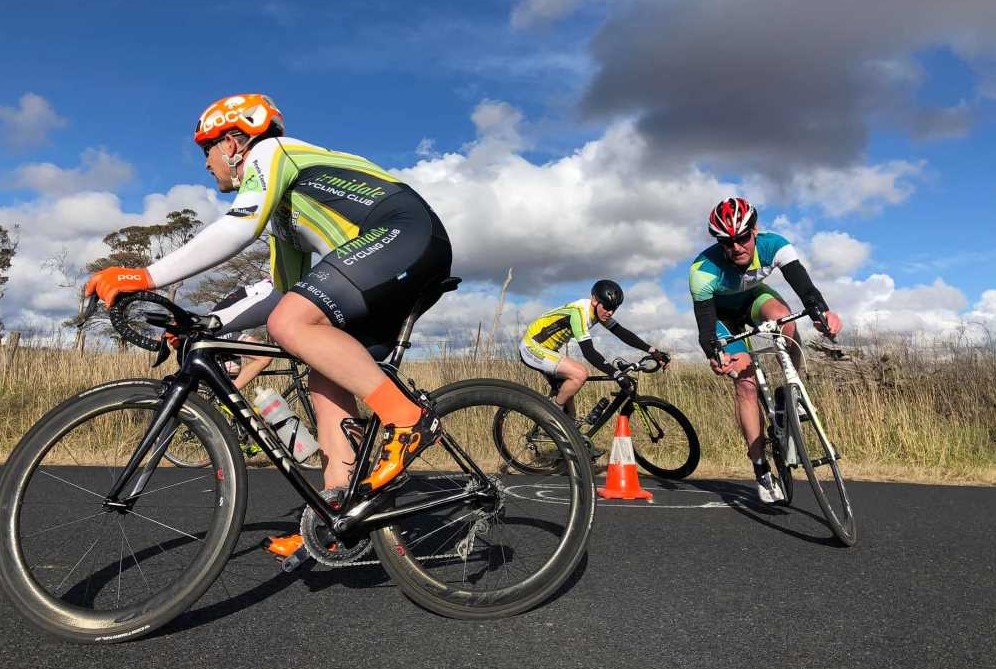 The return leg saw the Block express swallow up the front runners, and this meant the race would come down to the Knobs hill climb. As riders blasted over the top, sensational work by the scratch duo had them within touching distance, and as Dave Munday launched Missile Mick he just made the catch before the Block train took off for the super-fast run for home. It was left to this reduced peleton to contest the finale, and as riders emerged over the rise for the finishing sprint it briefly appeared the Eagle would soar to a famous win; but a perfectly timed sprint by Mick Harris clipped his wings as Mick took out a well deserved win – great riding Mick. Johnny was a close second, with the Pelvis showing some good moves for another podium finish – nice work Shaun!

Well done for all racers for strong efforts in tough conditions, and as we start to see riders post-lockdown race form we can anticipate some adjusted handicaps and even more competitive racing in the coming weeks.

Thanks to Hugh McKellar for doing the signs, manning the turn, and taking the photos; also thanks to Col for running the race. Next week we cross our fingers and pray to the weather gods as we return for round 3 of RROTY on Boorolong.