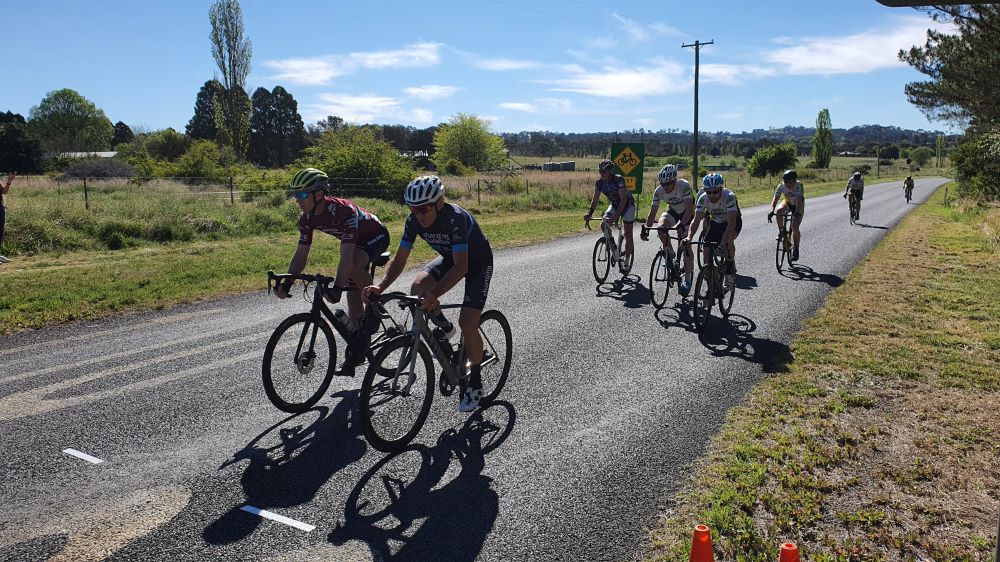 Perfect racing conditions were rolled out for the penultimate round of this years Road Racer of the Year competition, with a light cross wind out and back punctuating an ideal racing temperature in the low 20’s. We had 25 riders taking advantage of the conditions, and as the season is well underway the handicaps have been sharpened up and with Col’s beady eye setting the start times some close & competitive racing was in prospect.

With the groups lined up Jacqui King and Mark Conway kicked off proceedings as the GO riders, with Pete Wilko a lone wolf chasing from 2 minutes back. The first main group on hit the road at 5mins, with 5 riders including a trio of Rod Christie, Chris Belson, and Richard Wilko well placed in the hunt for RROTY points, with Katherine Hosking & Tinny for company. Another quintet of riders were off at 6mins, and with Phil “Keglegs” Thomas sporting a shiny silver medal for the NSW Masters TT the previous day, there was some solid firepower to match the climbing chops of Toby Inglis, Dene & Clint Bourke, and Pete Hosking.

At 7mins there was a solid quartet of experience with Kirky, Pete Harris, Mat Bedford, and Brent Weston aboard, and they had some clear air to the Block trio of Pat Ferris, John Scott-Hamilton, and a welcome return to racing for Holly Harris! Last off was a Scratch quartet, including Dave Munday, a returning Olly Marsahll, Shaun Brennan, and Houlty who still had the sweet taste of success from the last time out on Boorolong!

The crosswind out & back meant lone riders would suffer on the return leg, and so group dynamics would be the key to success. However testing out this theory was Brent Weston who put his group to the sword early on the way out, and trusted his climbing legs to link up with those ahead. As riders hit the turn, Mark Conway was still leading the way, but Brent had blown through all the groups ahead and turned second less than a minute behind. However, a large chase group of riders from the 5 & 6min groups had coalesced and turned just 10 seconds further back, and they would soon mop up the front 2 riders on the fast return leg. It was then nearly 2mins back to the last 3 groups who all turned within 3 seconds, and they would form a formidable chasing peleton which would mean a finish that would go down to the wire!

As the riders emerged around the final bend for the long drag to the finish, sensational handicapping meant that the race was still up for grabs, and a lead duo of Keglegs and Brent had broken free with the chase group hot on their heels, and the Scratch-Block express less than 100 meters back and closing fast! 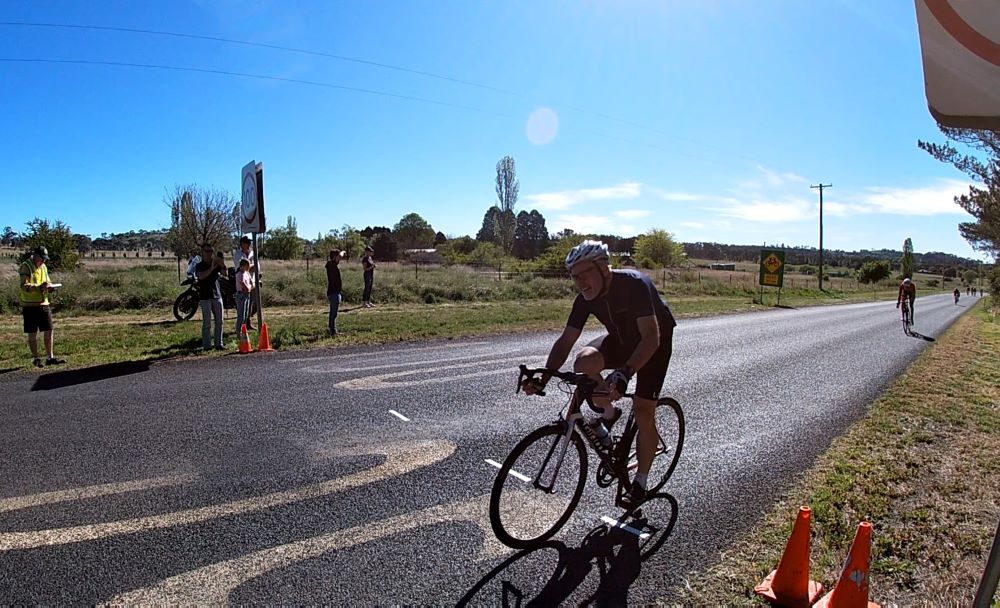 But after tasting silver the day before, it was Keglegs who had his sights set on gold, and he stormed up the finish to put Brent to the sword and take out win and enjoy the double-bubble of success two days running – great work Phil! Brent was a clear second, with Toby Inglis showing great form to take out the last spot on the podium. The chase group just held off Scratch-Block with, Katherine & Lachie McPhie mopping up the remaining RROTY points, before a crescendo of riders rolled across the line led by Dave Munday who took out the fastest time of the day…nice one Dave!

Well done to all riders for some great racing; thanks to Col for the handicapping and running the race, and Jo Wauch for doing the signs. Next week its time to fatten up the tires as we hit the Dangarsleigh gravel!